This is a “Brag with Other People’s Talents” post.

I want to do a  Feature Post to show off the work of my friend Clarissa.  She of the 3D applique poncho I showed you here.  (I “stole” that picture at the time…Hi Clarissa! I knew you wouldn’t mind!) 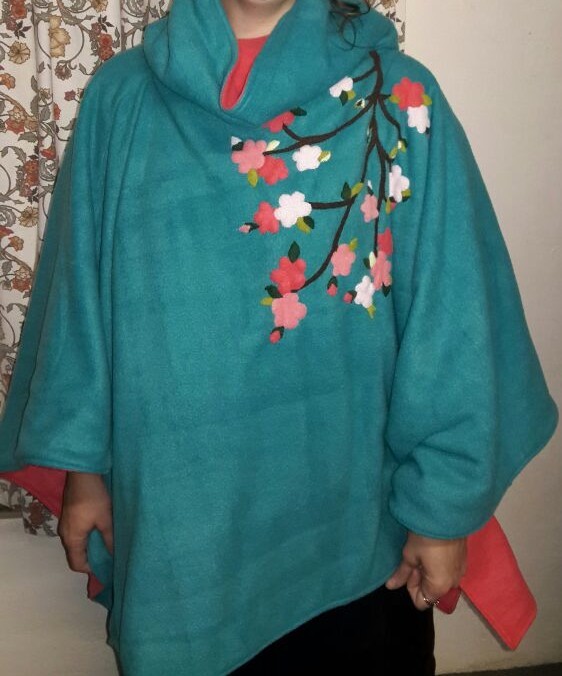 Clarissa is a Polar Fleece ARTIST. (She is an artist in all things she applies her considerable talents to.)

Some months ago she made this prize-winning costume for her daughter.  I believe Star Wars fans would especially appreciate it! 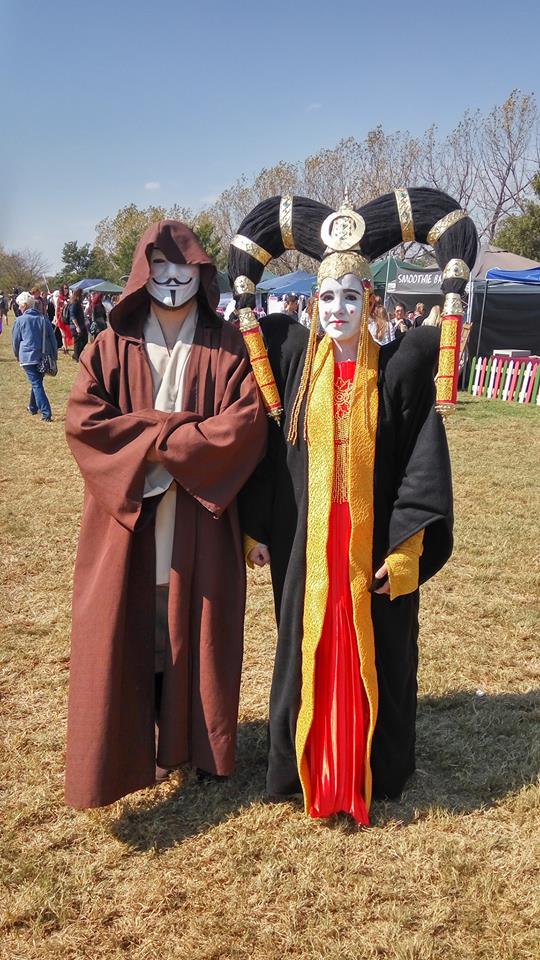 I am clueless about Star Wars but seriously impressed with Clarissa’s workmanship. What is amazing about this costume is that while it looks like layers and layers of heavy fabric, with heavyweight headgear, it is really just the opposite: It is a single-layer garment with a hollow headdress in which her daughter was comfortable all through the very warm, dusty day of the cosplay convention! (While my kid in her self-made ‘Argonian Maiden’ costume with Much Too Many Layers and suffocating gelatin prosthetics, REALLY suffered for her art!)

What is also impressive is that she is a Low Budget MASTER. A lot of what she uses in the costumes, like paper towel rolls in the hollow headdress – is remarkably cost effective.  She is an innovative genius. All the detail on those golden bands was created with glue gun and gold spray paint:

*Edit:  About this photo: I just noticed for the first time the cat high-tailing it as my daughter – the blue blur in the background – was coming around the corner dressed as a scary Lizard Lady. Poor Cat!

Clarissa recently completed a series of polar fleece beanies, and this time I asked her permission to blog about them.

I just have to share the back-story as she told it to me: She was in the fabric store taking advantage of a polar-fleece sale, when she started chatting to someone with a whole trolley full of fabric. It turned out that lady was buying stuff to make costumes for a school concert featuring a lot of animated movie characters, but was looking for someone to help. Clarissa shared a picture of her daughter and a friend in “Stitch and Lady Stitch” Beanies: 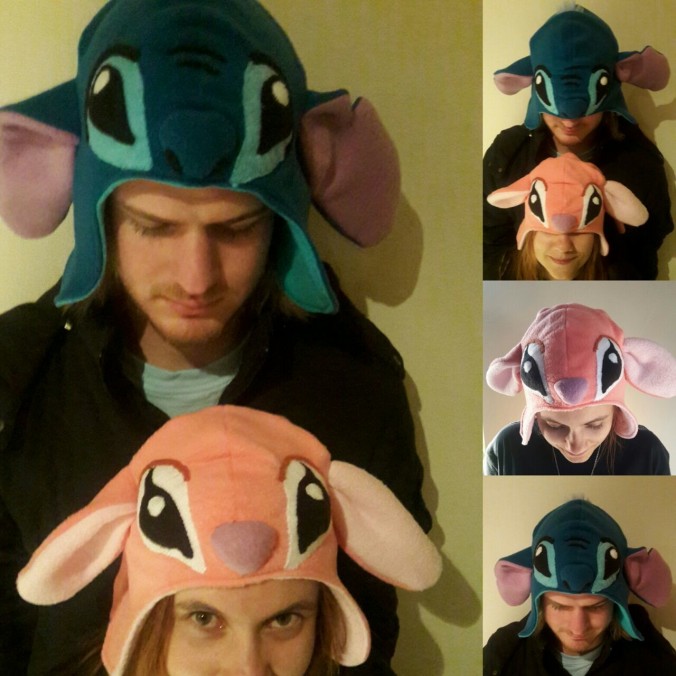 She says she then invested in a head-mannequin because her son was getting fed up with playing mannequin while she created {-; 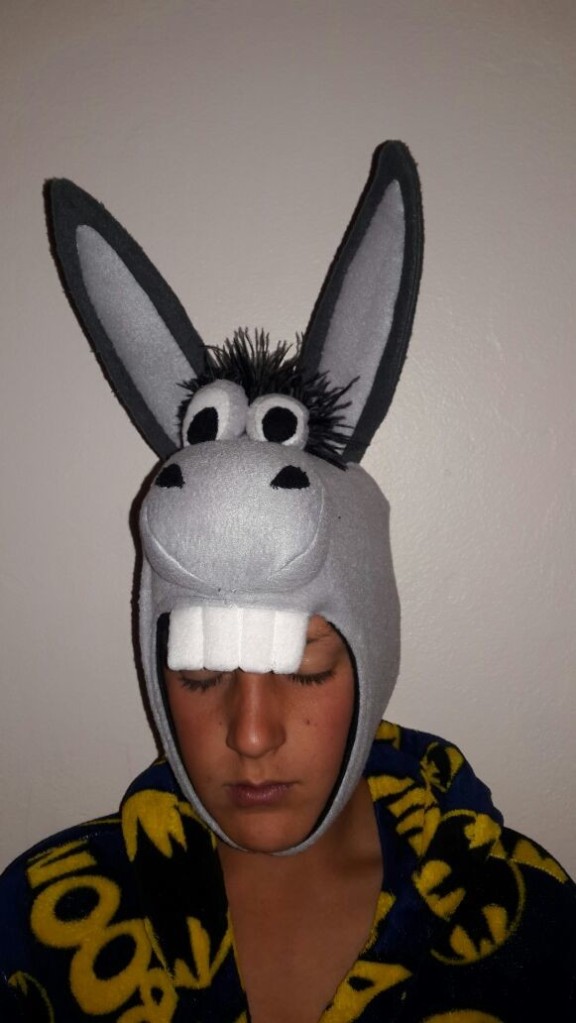 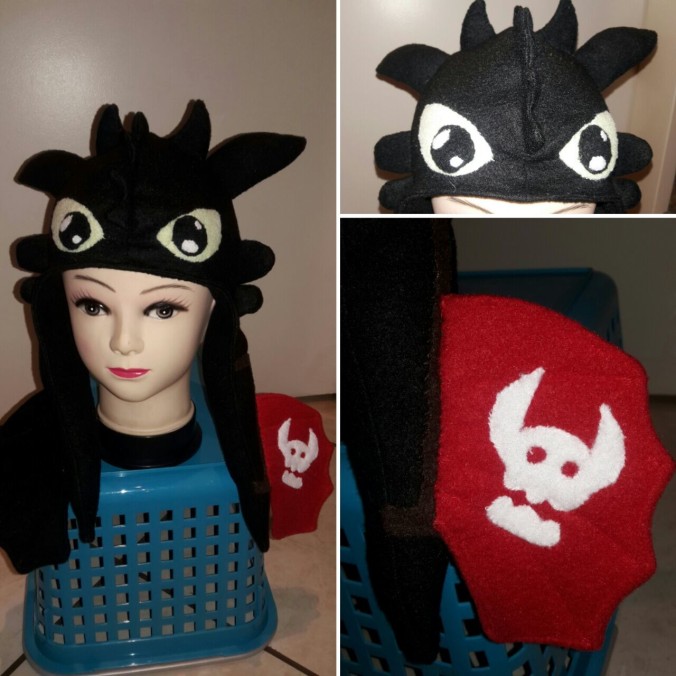 And as word of mouth got out she was contracted to do another shcool concert including the “Frozen” characters: 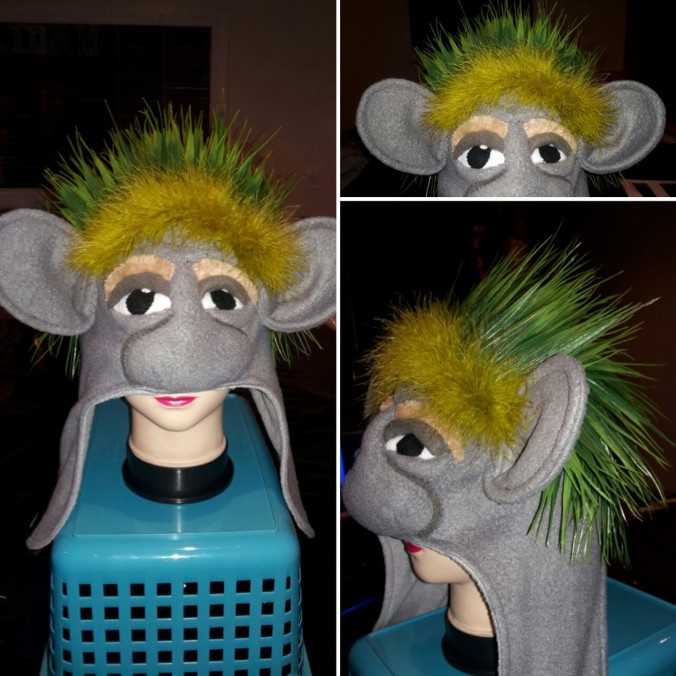 She designs and creates everything from picture references, innovating and ‘sculpting’ as she goes along.

My favourites are these wolves from Frozen.  I think the glint in their eyes is especially clever, with their snarls having just the right balance between menacing and cartoonish.

Isn’t the attention to detail amazing?

One thought on “Friends and Fantastic Beasts”