Not much happened on the PR Pattern Stash Contest Front, I am afraid.  I finished two items and the third has been on the sewing table for two weeks…mostly because disaster struck.

The geyser of our home burst.  It used to be built in behind an oak closet in the spare room.

The closet and carpet was ruined by the water damage.

We decided to make a huge project out of it, installed the geyser outside the house and redecorated the room – which is currently in use as my daughter’s music practice room.

Only the frame and top part of the closet could be saved.  I painted it light grey and the closet space became a nook for her electric piano.  (All carpentry done by Dad.)

I painted the ceiling.  Let me just say painting a tongue-in-groove wooden ceiling is a really, really crap job that involves three layers painted mostly with a brush, and I almost had a sense of humour failure.  But it was worth it.

The daughter and her friend painted the walls.  And she finished it off with painstakingly drawn music notation lines, on which she plans to chalk in the “song of the moment” with regular changes:

I planned to sew the curtains, but in the end I found beautiful ready-made ones for a lot less than I would have paid for fabric and lining and everything I would need to sew them myself .

However: after hanging them, I discovered the two drops were cut in different directions: one lengthwise and the other one crosswise!)

I still have to go back and sort it out so I end up with a matching pair. 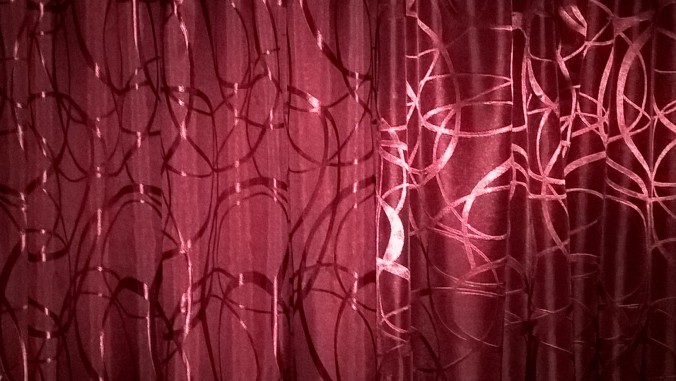 Serves me right for being stingy and lazy. ALWAYS better to sew things yourself…

The new colour scheme is really a huge improvement in this room! (That is a sleeper couch, to be used by her brother when he comes home from university. This used to be his bedroom, but I am afraid he is now “roomless” when he visits…)

And one final picture of the happy camper in her new “studio”: (Artworks also done by her, and that organ-thing is a much-loved 1970’s Wurlitzer vintage electric piano that just messes up my interior decorating plans but she is very attached to it…) 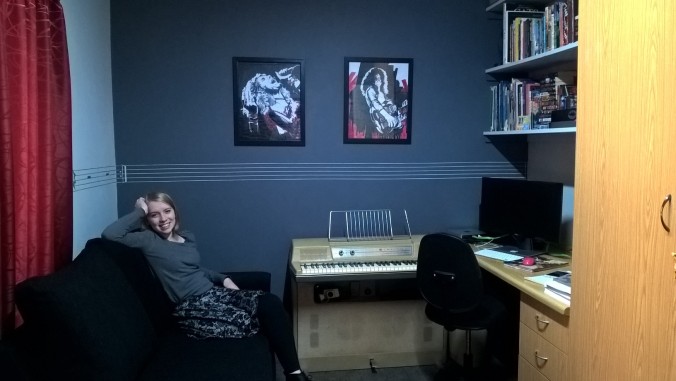 I do not feel too bad about not making inroads into my 20 stashed sewing patterns for the July PR challenge.  At least I have something else to show off!

Some Photo Fun after we finished: 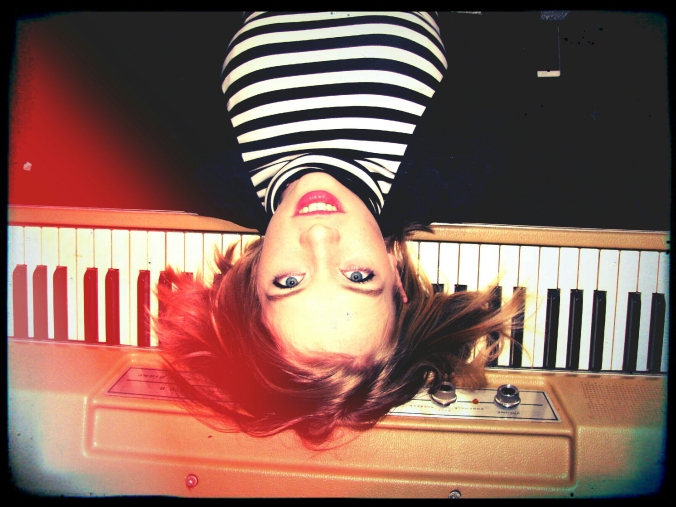 Afrikaans words of the day:

Translated:  I am very proud!

But that word “lekker”…hold on to it. That is the “lekkerste” (most useful/enjoyable) adjective in the Afrikaans language.  We use it a LOT.

A dress for every day of the month and a special occasion, winter and summer

The Pretty and The Kitsch

Vintage films, books, sewing, womanhood and everything in between