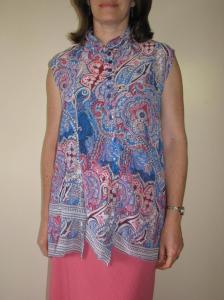 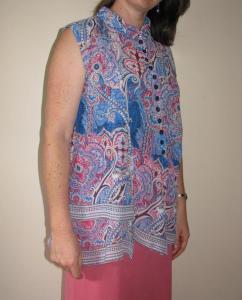 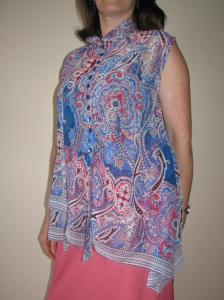 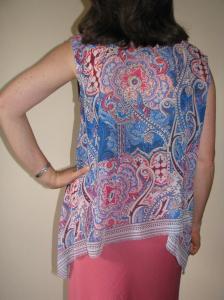 Okay, I am getting a bit carried away!

But if it does not look much like the pic on the pattern envelope, here’s why: 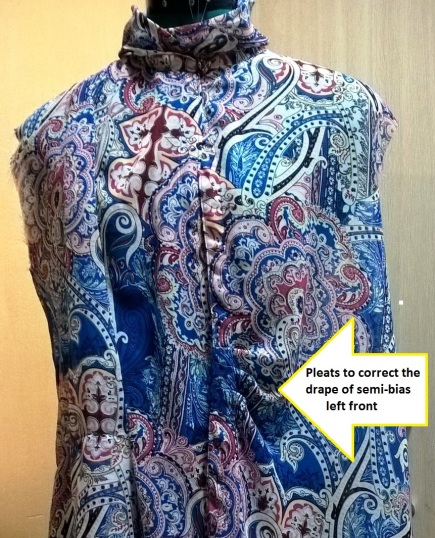 5. The next “customization” started with the decision to omit the interfacing from the collar to make it a little softer…but then it just went “next level” when I accidentally sewed on the collar … THE WRONG WAY ROUND.

7. Which is why we have a “stand-up scarf collar” instead, with a few extra pleats and a snap to keep it in place.  No one is going to believe me that this is NOT a structure change! But in all honesty, I used the collar pieces exactly as drafted, just in an alternative way!  Come on, work with me here! 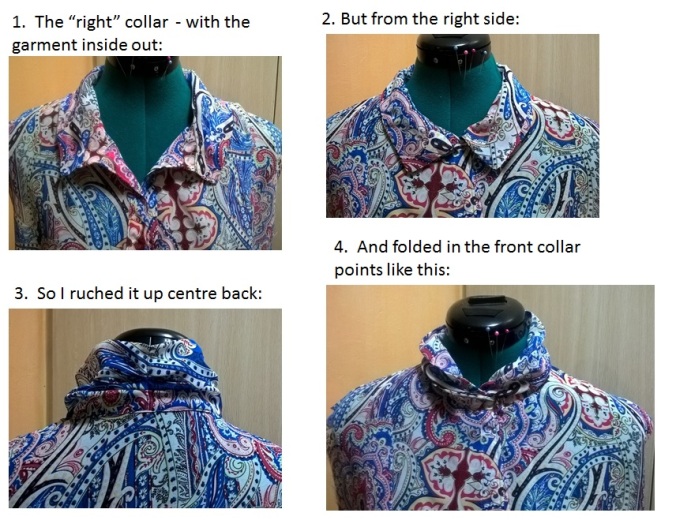 8. I dreaded making buttonholes on this fabric so instead I used snaps for closure, with buttons on top for decoration.

10. And finally:  Once again the “View A” length is longer than it would have been if I stuck to simply making a 2cm folded hem as instructed.  Instead I used the self-edges.  So Bohemian, aint it! 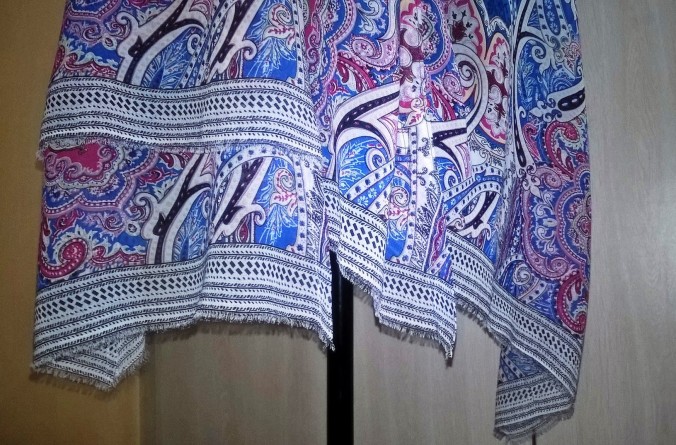 So that is why this top does not look much like the designed View A.  The funny thing is that except for losing the sleeves, all of the pattern pieces were used without adding or trimming anything.  The difference in appearance is 98% due to the drape of the fabric.  Georgette is NOT one of the fabric recommendations on the pattern envelope, and those arrows dictating placement on the grainline are not just there for decoration…

But although I broke some universal Sewing Rules, I do believe I am still within the contest rules! 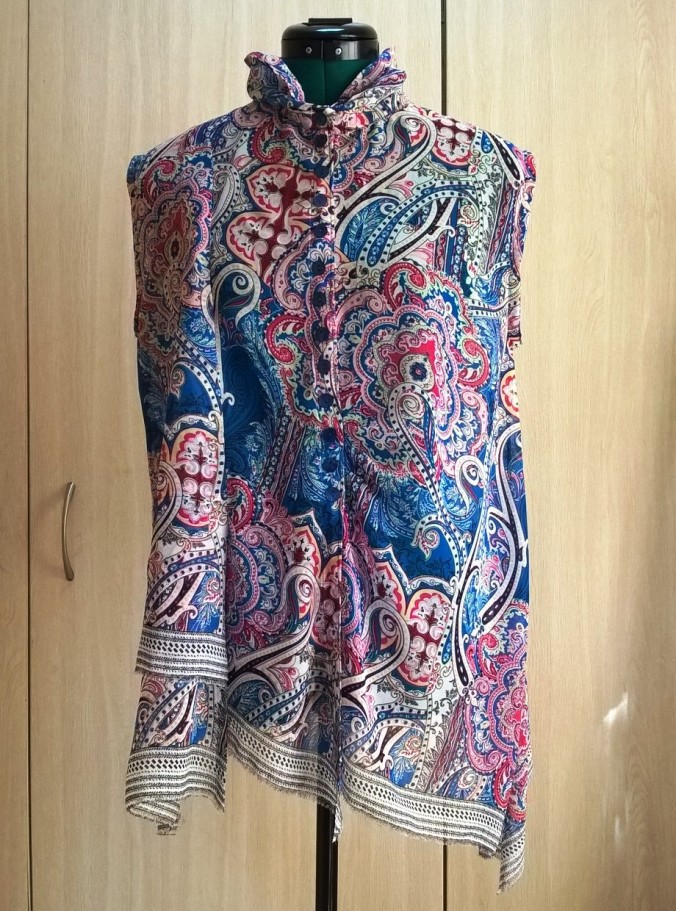